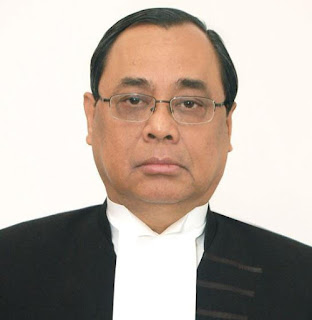 The Rajya Sabha Chairman has appointed Supreme Court judge Justice Ranjan Gogoi as head of the panel probing sexual harassment charge against a Madhya Pradesh High Court judge following the retirement of presiding officer Justice Vikramjit Sen from the apex court.
Attorney General Mukul Rohatgi had recently expressed the view that despite his retirement from the apex court on December 31 last, Justice Sen could continue to head the panel as the Judges Inquiry Act, 1968 is silent on the issue on whether a judge can head the committee despite his retirement from the court.
He had left it to Rajya Sabha Chairman Hamid Ansari to take a call on whether he wants Justice Sen to continue or replace him with a sitting judge.
The Law Ministry had, however, said that Justice Sen was heading the panel by virtue of being a sitting judge of the Supreme Court and, hence he should be replaced.
Vice President Ansari decided to reconstitute the committee.
A Rajya Sabha notification issued on Wednesday said that in partial modification of its earlier notification, “the Chairman, Rajya Sabha has re-constituted, for the purpose of making an investigation into the grounds on which the removal of Justice S.K. Gangele of the Madhya Pradesh High Court is prayed for, a Committee consisting of the following three Members:— Justice Ranjan Gogoi, Supreme Court of India, Justice Manjula Chellur, Chief Justice of Calcutta High Court and K K Venugopal, Senior Advocate, Supreme Court of India.”
Justice Chellur and jurist Venugopal were already part of the committee.
On the stand taken by the Law Ministry that Justice Sen should not continue as he headed the panel by virtue of being a SC judge, the AG had said that even the opposite view “is also not contrary to law“.
He had said that both the views were valid and the Rajya Sabha Chairman can decide on whether Justice Sen could continue to head the committee.
Posted by legal eagle
Share to: