No subsidy in food item in Parliament 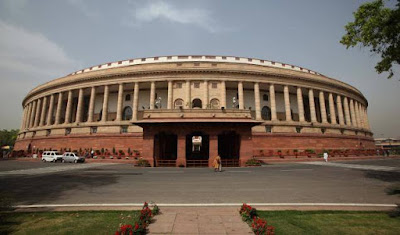 NEW DELHI: Food items in Parliament canteen will no longer be subsidized.

A statement from Lok Sabha secretariat on Thursday said Speaker Sumitra Mahajan has decided that the canteen in Parliament will work on 'no-profit, no-loss' basis from January 1.

The rates have been hiked as there have been controversies from time to time over subsidized food being served in Parliament when there is so much inflation in open market.

An RTI query had revealed that Parliament canteen facility got a total subsidy of Rs 60.7 crore during the last five years.

The decision has been taken based on a report by Parliament's Food Committee, which was asked to look into the matter of canteen subsidy by the Speaker.

The revision of the rates, ordered by Lok Sabha Speaker Sumitra Mahajan, has been undertaken after six years and the rates will be reviewed from time to time, the Lok Sabha Secretariat said.

As per the decision, limited food items would be prepared so that there is no wastage and costs can be kept under check.

Also, tea/coffee vending machine will also be placed so that there is little burden on the manpower.

"This rate hike will apply to MPs, officials of Lok Sabha and Rajya Sabha, media persons, security personnel as well as visitors,"