Framing Of Charge, its provisions, procedures, addition and alteration and all. 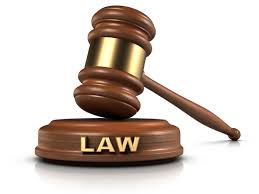 This rule is to an extent relaxed in a case of criminal breach of trust or of dishonest misappropriation. When the accused is charged with criminal breach of trust or dishonest misappropriation of money or other movable property, it shall be sufficient to specify the gross sum or, as the case may be, describe the movable property in respect of which the offence is alleged to have been committed, and the dates between which the offence is alleged to have been committed, without specifying particular items or exact dates. It is obvious that the relaxation given by the above rule is applicable only in case of criminal breach of trust or dishonest misappropriation and not in case of any other offence like theft, falsification of accounts under Section 477-A of the IPC, cheating etc.
This rule is intended to cover cases of persons who showed a deficiency in the accounts with which they were entrusted but who could not be shown to have misappropriated this or that specific sum.
When the nature of the case is such that the particulars mentioned in sections 211 and 212 do not give the accused sufficient notice of the matter with which he is charged, the charge shall also contain such particulars of the manner is which the alleged offence was committed as will be sufficient for that purpose.

Basic Procedure regarding charge & its trial

The initial requirement of a fair trial in criminal cases is a precise statement of the accusation. The code seeks to secure this requirement, first, by laying down in Sections 211 to 214 of CrPC as to what a charge should contain; next, stipulating in Section 218 of CrPC that for every distinct offence there should be a separate charge; and lastly, by laying down in the same section that each charge should be tried separately, so that what is sought to be achieved by the first two rules is not nullified by a joinder of numerous & unconnected charges

The stage of framing of charge appears after supply of copies to the accused , under section 207 or 208 , as the case may be .
Framing of charge means drawing up  in writing by the Judge or Magistrate in separate prescribed form of charge sheet regarding specific accusation , appeared prima facie , in the materials collected during investigation , against the accused , mentioning therein the detail information of the crime  for which he is charged . Substance of the specific  accusation as to the date , time , place , the person against whom or the things , in respect of which the crime is allegedly committed , the circumstances of the crime , the law and sections allegedly violated , are written in the charge sheet as well as read over and explained to the accused in order to make him aware regarding the full particulars of the allegation against him so that he can take his defence properly . The Judge or Magistrate is not bound to frame the charge blindly on basis of  the charge sheet filed by the police . The Judge or Magistrate may add new sections of law , if there are materials , in addition to the sections of law mentioned in the charge sheet filed by the police or may  not accept any section of law , if there is no  material ,  mentioned in the charge sheet filed by the police . If the accused , hearing the substance of accusation , pleads him guilty , he is convicted then and there but if he pleads not guilty , the trial begins .
Charge is required to be framed in three types of cases  and those are ---
1. Sessions cases under section 228 of Cr.P.C,
2. warrant cases triable by Magistrate instituted on police reports under section 240 of Cr.P.C and
3. warrant cases triable by Magistrate instituted otherwise than on police report or instituted on the basis of private complaint under section 246 (1) of Cr.P.C.
In trials of summons cases and in summary trials , charge is not framed , instead of charge plea is held.

According to Section 216 (1) of CrPC, any court may alter or add to any charge at any time before judgment is pronounced. The section invests a comprehensive power to remedy the defects in the framing or non-framing of a charge, whether discovered at the initial stage of the trial or at any subsequent stage prior to the judgment.
The code gives ample power to the courts to alter or amend a charge whether by the trial court or by the Appellate Court provided that the accused has not to face a charge for a new offence or is not prejudiced either by keeping him in the dark about that charge or in not giving a full opportunity of meeting it & putting forward any defence open to him, on the charge finally preferred against him. The court has a very wide power to alter the charge; however, the court is to act judiciously and to exercise the discretion wisely. It should not alter the charge to the prejudice of the accused person.


Withdrawal of remaining charges on conviction on one of several charges

Section 224 of CrPC states that when a charge containing more heads than one is framed against the same person, and when a conviction has been had on one or more of them, the complainant, or the officer conducting the prosecution, may, with the consent, of the Court, withdraw the remaining charge or charges, or the Court of its own accord may stay the inquiry into, or trial of, such charge or charges and such withdrawal shall have the effect of an acquittal on such charge or charges, unless the conviction be set aside, in which case the said Court (subject to the order of the Court setting aside the conviction) may proceed with the inquiry into, or trial of, the charge or charges so withdrawn. The section is applicable where the accused in convicted of one of several distinct charges before the other charges are tried. It is necessary that the several charges made must be in respect of distinct offences and the section will not apply where the several charges are made under Sections 220(3), 220(4), or Section 221.