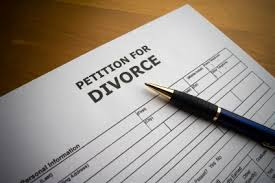 India a country where marriage is considered to be a pious sansakara.  Marriage is considered to be sacrosanct, not only meeting of  two persons but also meeting of two souls. A relationship which exist during whole life of husband and wife. According to Hindu mythology marriage exist between same couple for next seven births and in each birth same person marry with each other . At early stage of life in India both male and female use to keep fast for their future life partners. If a country of such background if divorce cases are initiated then it is really a matter of surprise.

Now wave of globalization and changes in Indian social institutions specially in urban areas  Couples living and working in cities and metros, were exposed to more economic and relationship options, which prompted them to break out of unsatisfactory or unequal marriages. However, the divorce procedure in India continues to be one of the most protracted in the world, especially in cases where either party contests the divorce.

At the early At one time, India used to have one of the lowest divorce rates in the world. Being a society largely based on a traditional value system, couples were both legally and socially dissuaded from seeking a divorce. However, socio-economic changes complemented by legal reforms in the last half a century, have enabled partners, especially women, to opt out of unequal and abusive marriages..
Now we are here discuss what are the laws for divorce, types, its grounds, procedure etc.

A cursory reading of the entire gamut of Indian Laws regarding Divorce makes it clear broadly that the Divorce can be obtained by two ways:
1. Mutual Consent Divorce is a simple way of coming out of the marriage and dissolves it legally. Important requirement is the mutual consent of the husband & wife. There are two aspects on which Husband & Wife have to reach to consensus. One is the alimony or maintenance issues. As per Law there is no minimum or maximum limit of maintenance. It could be any figure or no figure. Next important consideration is the Child Custody. This can also be worked out effectively between the parties. Child Custody in Mutual Consent Divorce can be shared or joint or exclusive depending upon the understanding of the spouses.

Duration of Divorce in Mutual Consent varies from one month to six months or more from States to States and as per the High Court directions.

2. Contested Divorce
As the name suggests, you will have to contest it. Indian laws in general recognizes cruelty (Physical & Mental), Desertion (Period varies from 2 to 3 years), Unsoundness of mind( of Incurable form), Impotency, renouncing the world, etc. Aggrieved party has to take one of the above grounds of divorce and will have to file the case in the Court of appropriate jurisdiction. Party which files the case has to prove the case with support of evidence and documents. On successfully proving the case, divorce will be granted and divorce decree will be drawn up accordingly.

Grounds for divorce in India

The following are the grounds for divorce in India mentioned under the Hindu Marriage Act, 1955.

Adultery – The act of indulging in any kind of sexual relationship including intercourse outside marriage is termed as adultery. Adultery is counted as a criminal offence and substantial proofs are required to establish it. An amendment to the law in 1976 states that one single act of adultery is enough for the petitioner to get a divorce.

Cruelty – A spouse can file a divorce case when he/she is subjected to any kind of mental and physical injury that causes danger to life, limb and health. The intangible acts of cruelty through mental torture are not judged upon one single act but series of incidents. Certain instances like the food being denied, continuous ill treatment and abuses to acquire dowry, perverse sexual act and such are included under cruelty.

Desertion – If one of the spouses voluntarily abandons his/her partner for at least a period of two years, the abandoned spouse can file a divorce case on the ground of desertion.

Conversion – In case either of the two converts himself/herself into another religion, the other spouse may file a divorce case based on this ground.

Mental Disorder – Mental disorder can become a ground for filing a divorce if the spouse of the petitioner suffers from incurable mental disorder and insanity and therefore cannot be expected from the couple to stay together.

Leprosy – In case of a ‘virulent and incurable’ form of leprosy, a petition can be filed by the other spouse based on this ground.

Venereal Disease – If one of the spouses is suffering from a serious disease that is easily communicable, a divorce can be filed by the other spouse. The sexually transmitted diseases like AIDS are accounted to be venereal diseases.

Renunciation – A spouse is entitled to file for a divorce if the other renounces all worldly affairs by embracing a religious order.

Not Heard Alive – If a person is not seen or heard alive by those who are expected to be ‘naturally heard’ of the person for a continuous period of seven years, the person is presumed to be dead. The other spouse should need to file a divorce if he/she is interested in remarriage.

No Resumption of Co-habitation – It becomes a ground for divorce if the couple fails to resume their co-habitation after the court has passed a decree of separation.

The following are the grounds for divorce in India on which a petition can be filed only by the wife.


Based on the Dissolution of Muslim Marriage act, 1939, a Muslim woman can seek divorce on the following grounds for divorce in India.


following grounds of divorce mentioned under the Indian Divorce Act, 1869.


The following are the grounds for divorce in India included in the Parsi Marriage and Divorce Act, 1936 and the amendment of the same in 1988.
Posted by legal eagle
Share to: