0 General Awareness 9:21 AM
A+ A-
Print Email
Onus of proof lies on the person using the provisions or taking advantage of the provisions. 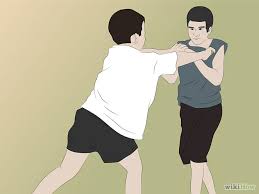 The state has the duty to protect its citizens and their property from harm. However, circumstances may arise when the aid of state machinery is not available and there is imminent danger to a person or his property. In such situations, a person is allowed to use force to ward-off the immediate threat to his or someone else’s person  or property. This is the right of private defence. The people are endowed with this right so that they can defend themselves and their property and not hesitate due to fear of prosecution. The right, in some circumstances even extends to causing death of the person who poses such a threat. But such a right is subject to some restrictions and not available in all circumstances. It is only allowed when the danger to life or property is immediate and the accused is not the aggressor. The right of private defence is not available against public servants acting in exercise of their lawful powers. A person is allowed to use only reasonable force; force that is proportionate to the impending danger.”

Nature Of The Right : It is the first duty of man to help himself. The right of self-defence must be fostered in the Citizens of every free country. The right is recognised in every system of law and its extent varies in the inverse ratio to the capacity of the state to protect life and property of the subject( citizens). It is the primary duty of the state to protect the life and property of the individuals, but no state, no matter how large its resources, can afford to depute a policeman to dog the steps of every rouge in the country. Consequently this right has been given by the state to every citizen of the country to take law into his own hand for their safety. One thing should be clear that, there is no right of private defence when there is time to have recourse to the protection of police authorities. The right is not dependent on the actual criminality of the person resisted. It depends solely on the wrongful or apparently wrongful character of the act attempted, if the apprehension is real and reasonable, it makes no difference that it is mistaken. An act done in exercise of this right is not an offence and does not, therefore, give rise to any right of private defence in return.

Section 103  deals with right to private defence of property extends to causing death.
first- Robbery
Second- house breaking by night
Thirdly- mischief by fire committed on any building, tent or vessel, which building, tent or vessel is used as a human dwelling, or as a place for a custody of property.
Fourthly- theft, mischief, or house tresspass, under such circumstances as may reasonably cause apprehension that death or grievous hurt will be the consequences, if such right of private defence is not exercised.

Conclusion
To justify the exercise of this right the following are to be examined:
-• The entire accident
• Injuries received by the accused
• Imminence of threat to his safety
• Injuries caused by the accused
• Circumstances whether the accused had time to recourse to public authorities.
Right of private defense is a good weapon in the hand of every citizen to defend himself. This right is not of revenge but toward the threat and imminent danger of an attack. But people can also like misuse this right. Its very difficult for court to find out whether this right had been exercised in good faith or not.

The  author can be reached at: sabyasanchi@gmail.com