Essential qualities of a Lawyer 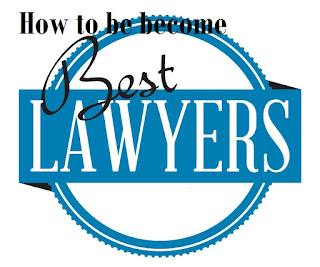 Legal profession is considered as one of the best profession in the world. from the very beginning of the civilized society Legal profession exist in various forms. In legal profession judges and advocates are called as wheels of justice, there should be harmonious relationship between the bar and bench. Bar  produce the capacity, quality as well as quality of the judges as from bar only judges are appointed by various sources. Regarding this the role of advocates are most important.. A good advocate should possess some fundamental qualities and equipment.
Judge Abbot parry in his book “The Seven Lamps of Advocacy” called these important characteristics of advocacy as “seven lamps of advocacy” and listed them as honesty, courage, industry, wit, eloquence, judgment and fellowship.
1)     Honesty
Honesty means the quality of straightforwardness; freedom from deceit, cheating or stealing and not telling lies. The best advocates of all generations have been devotees of honesty. Example for honest character is Abraham Lincoln, who founded his fame and success on what some called ‘preserve honesty’. The nobleness of legal profession lies in honesty itself. An advocate should not do illegal practices. He should not do any act which will lead to professional misconduct. He should disclose the real facts and legal profession to his clients frankly. Honesty, integrity and character are inseparable. These there virtues together are essential for the success of an advocate. The great sages of law had sucked the law from the breasts of knowledge, honesty, gravity and integrity.
2)     Courage
Courage is the quality that enables a person to control fear in the face of danger, pain, misfortune, etc.; an advocate must possess courage. He should face the pressures from outside with courage. Sometimes he has to fight against State. He should not fear about the executive and politicians. He must perform his duty to safeguard the interests of his client. Advocacy is a form of combat, where courage in times of danger is half won battle. Courage is as good a weapon in the forum as in the war camp, According to Charles Hutton’s. ‘He hath in perfection the three chief qualifications of an advocate; Boldness, -- Boldness and Boldness’.
3)     Industry
Advocacy is needed a life of industry. An advocate must study his brief in the same way that an actor studies his part. Success in advocacy is not arrived at by intuition but through industry. Industry is the quality of being hard-working; being always employed usefully. Lord Eldon Says, “An advocate must live like a hermit and work like a horse”. Advocacy is an intellectual profession. Intelligence and knowledge will be sharpened with hard-work and strenuous efforts. Advocacy is the profession which requires ‘Study’ and ‘Study’ throughout the career. An advocate must know about every trade. He must acquire the knowledge of every field. He must learn about all professions. Industry brings a good fame and name to an advocate. Law changes day-to-day. To acquire up to date knowledge an advocate must refer international and national journals, reference books of his library and the bar library. He has to work hard like a spider to the benefit of his client.
4)     Wit
Wit means clever and humorous expression of ideas; liveliness of spirit. Wit flows from intelligence; understanding and quickness of mind. Wit lessens the work load of an advocate. It relaxes his mental strain. Often the wit of an advocate will turn a Judge
from an unwise course, where Judgment, or rhetoric would certainly fail. The lamp of wit is needed to lighten the darkness of advocacy.
5)     Eloquence
The success of an advocate depends upon his eloquence. Eloquence means fluent speaking and skilful use of language to persuade or to appeal to the feelings of others. Fluent speaking impresses the listener. As advocate must be fluent, skilful in using appropriate words to impress the Court. Eloquence attracts the attention of the listener. Eloquence is related to the art of oratory. ‘Eloquence of manner is real eloquence’ and there is a physical as well as psychological side to advocacy.
6)     Judgment
Judgment is an intellectual capacity, ‘the inspiration which enables a man to translate good sense into right action’. In judgment one has to estimate, consider and form an opinion about the issues with good sense and ability. An advocate could be in a position to judge the merits and demerits of the case on hearing the brief and seeing the document. He should inform his client the legal position openly after judging the issues. Here judgment is not ‘giving the decision of the case by the Judge in the Court’. Judgment means the study of the case in deep by considering all shades of the consequences. In nothing does the lawyer more openly exhibit want of Judgment than
in prolixity. Judge Abbot Parry has referred to judgment as one of the seven lamps; but he refers to it essentially as an intellectual capacity, ‘the inspiration’ which enables a mean to translate good sense into right action e.g. ‘seeing the right point of his case’ and the like.
7)     Fellowship
Fellowship means the membership in friendly association or companionship. Fellowship is exactly like great public schools, the boys of which have grown older, and have exchanged boyish for manly objects. Though the advocates are opponent parties before the bench but not enemies with each other. Their conflict ends as they come out of the door steps of the Court. Daniel Webster says, “Lawyers on opposite sides of a case are like the two parts of shears, they cut what comes between them, but not each other”. There is no discrimination of age, ability, experience and riches etc. between the advocates. All are equal. Courts give them all equal respect. Among advocates, there is just the same rough familiarly, the general ardour of character, the same kind of public opinion expressed in exactly the same blunt, unmistakable manner. By keeping the lump of fellowship burning, advocates encourage each other by sharing the knowledge to walk in the light of the seven lamps of advocacy.


Apart of all these aforementioned qualities some small but very effective qualities are also required to become a successful lawyer/advocate. They are as follows
Conclusion:Legal profession though it is very noble profession, but considered as a tough profession and without possessing above mentioned qualities a lawyer can not be a successful lawyer. Lawyers have existed since ancient times, developing rules in an attempt to maintain peace and order in communities. Today, lawyers can be found all over the world.
Posted by legal eagle
Share to: