What To Do When Police Refuse To Register The FIR?

2 Law & Order 1:16 AM
A+ A-
Print Email
Its a very common phenomenon that people are saying that police is not lodging FIR.

If any untoward incident occurs such as road accident, house trespass, mischievous activity, murder, rape, molestation, theft in house, theft of his bike/car, purse stolen, robbery, dacoity, murder etc happened with you or with your any family members, friends, neighbor, well wisher etc then first of all you should not loose you calmness, be cool and report the incident to nearest police station for taking necessary actions against the wrong-doer. The information given to the police for such incident is called as First Information Report. 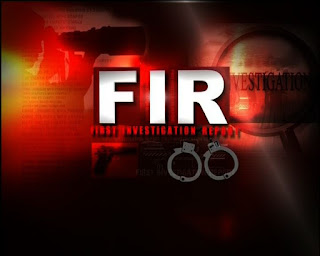 Who can lodge FIR?

An FIR can be lodged by the victim or a witness to the incident, or any person with knowledge of the incident. This information can be given in written or in oral or on telephone.

If police refuses to register your FIR then what to do ?

Its a very common phenomenon that people are saying that police is not lodging their FIR. Even sometimes people are ill-treated by the police.

Even after that if no any action has been taken then an application can be made under section 156(3) read with section 190 of Code of Criminal Procedure to a judicial Magistrate/ Metropolitan Magistrate thereby praying that police to register the FIR., investigate the case, file charge-sheet or report.


A Writ Petition in the respective High Court may be filed for the issuance of Writ of Mandamus against the defaulting Police officers, inter alia, to Register the FIR and directing him to show cause (a) why he has not registered the FIR; (b) why disciplinary proceedings for "Misconduct" should not be initiated against him for dereliction of duty; (c) why he should not be suspended from Police service for interfering in the administration of justice and shielding the accused person.

Refusing to register an FIR on jurisdictional ground could now cost a policeman a year in jail. Taking strong view of increasing instances of such acts by police in various states, the Union home ministry has issued strict instructions to all states to not only initiate departmental inquiry against such cops but also prosecute them under Indian Penal Code.

The home ministry told the states and Union Territories to clearly instruct all police stations that failure to register FIR on receipt of information about any cognizable offence will invite prosecution of the duty police officer under I.P.C. Section 166A (government official disobeying law) which will invite imprisonment up to one year.

In its latest directive, the MHA told the states and UTs that policemen should be sensitized to respond to complaints with alacrity, whether it is from man or woman, and must apprehend the accused immediately after the complaint, as it adversely impacts the victim and there is tendency of persons committing crimes to slip away when there is delay on extraneous grounds like jurisdiction.

Where it can be registered?
Ideally, the FIR should be registered in the police station within whose geographical limits the crime took place. But in case of an emergency, there is no bar on any other police station registering the FIR and then transferring the investigation to the correct station. Also, it is not always necessary to go in person to register the FIR. In an emergency, the police can register an FIR based on a phone call or e-mail.

As for the police, once the FIR is registered, they have to investigate the case, record statements of all witnesses, and file a final report. If the police conclude that there is no basis for the complaint or no evidence available to prosecute the case, further action is dropped. This has to be communicated to the complainant. If there is enough evidence, the final charge sheet is submitted before Court and the trial begins.

By the help of above mentioned remedy FIR will be lodged.